Wins for ERISA beneficiaries are usually few and far between so when an ERISA claim is decided in favor of a beneficiary – I think it is big news!

In Cannella v. Boone, (M.Dis. Ga. July 5, 2017), an ERISA Pension Plan sued a widow to recover 22 months of pension benefits that were placed into her bank account by "direct deposit" following the death of her husband.  The ERISA Pension Plan brought two claims in federal court, seeking an equitable “constructive trust” under ERISA 29 U.S.C. § 1132(a)(3) and also asserting a state law claim for conversion.  Defendant's widow, appearing pro se, did not file a response to the ERISA Pension Plan’s Motion for Summary Judgment.  The trial court nonetheless applied the recent U.S. Supreme Court decision Montanile (which held that ERISA provides no remedy where funds have been dissipated) and dismissed the ERISA claim.  The court further exercised its discretion to dismiss the state law claim for conversion.  The relevant language from the opinion follows:

The Court, having some concerns with the Trustees' motion, scheduled a hearing for April 18, 2017. See Doc. 25 (minute sheet). At the hearing, counsel for the Trustees conceded that the Trustees have no meritorious claim for an ERISA remedy on these facts because of the Supreme Court's decision in Montanile v. Board of Trustees of National Elevator Industry Health Benefit Plan, 136 S. Ct. 651 (2016). The Trustees, though they have had the opportunity to do so, offer no reason why the ERISA claim should not be dismissed for this reason; accordingly, the ERISA claim is DISMISSED without prejudice.

Absent the ERISA claim, the Court has discretion whether to retain the conversion claim and, on balance, declines to do so. The Trustees' complaint is accordingly DISMISSED without prejudice. 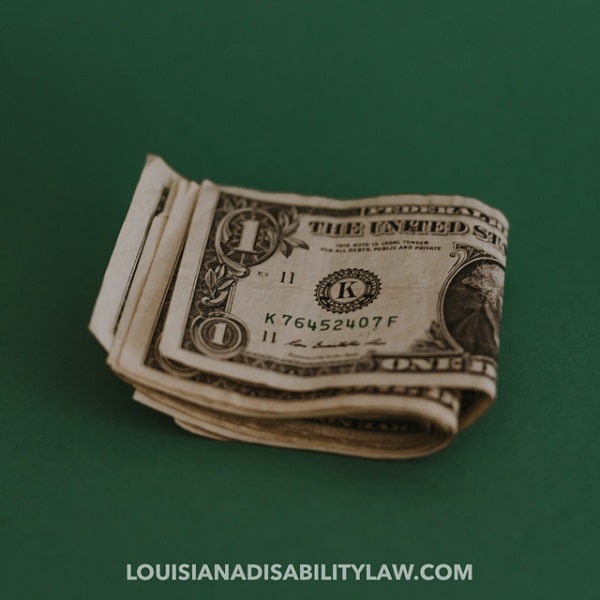 Hopefully, with the holding of Montanile, more ERISA claims for reimbursement will be denied where claimants, or their survivors, have already spent (or “dissipated”) the funds at issue.

I will be on the lookout for a Louisiana ERISA benefits case that discusses the application of Montanile in this type of situation.  My impression is that the holding should apply to all ERISA cases including Louisiana Long-Term Disability ERISA claims.

If you have a Louisiana long-term disability claim and your insurer is telling you that you must reimburse it money it previously paid to you but that you no longer have, our team at Louisiana Disability Law wants to help you!  Give us a call at (985) 240-9773 today!