When it comes to dangerous cities for drivers – Baton Rouge and New Orleans rank 2nd and 6th to worst respectively in the nation according to personal finance website NerdWallet.com. This is not good news for drivers, passengers, or bystanders in South Louisiana.

The site used data from the U.S. Census Bureau, the National Highway Transportation Safety Administration, Allstate Insurance, and NeighborhoodScout to determine its rankings.

The only city more dangerous than Baton Rouge was Detroit. 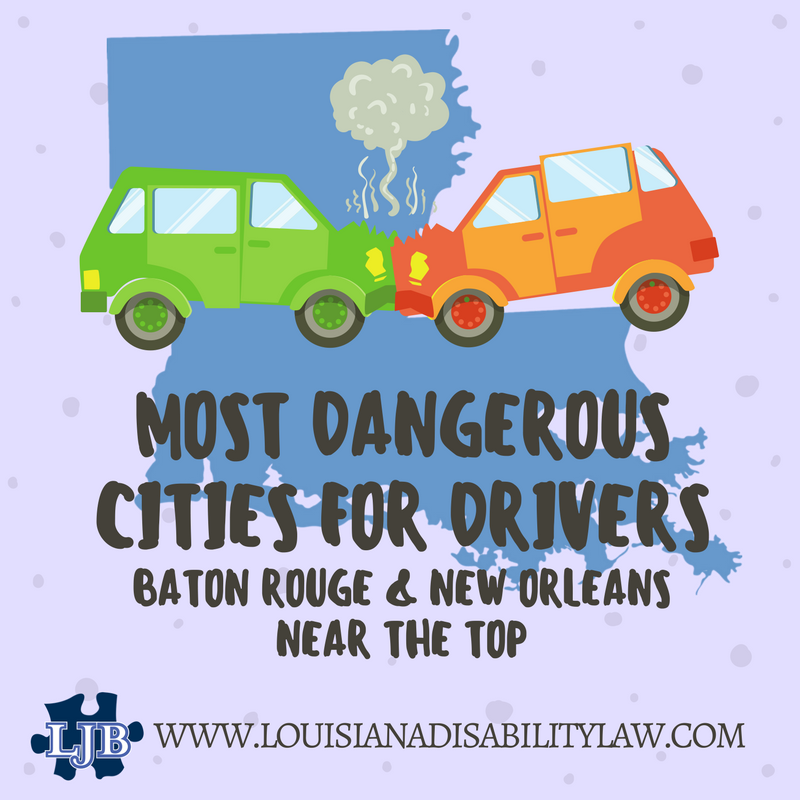 Taking a closer look at Baton Rouge and New Orleans, drivers in these areas are involved in fatal and disabling car collisions at a much higher rate than almost every other city in the top 20 worst.

When compared to some of safest cities for drivers the differences are stark.  Cary, North Carolina is the safest city and had only two fatal collisions in 2014.  Cary also earned a “Most Safe” rating for vehicle theft.

This results in significantly higher insurance rates for you!

In evaluating the insurance rates for the most populated cities in the U.S.

The company found that the annual rates in the most dangerous cities were about $5,409 per driver, versus $729 for motorists in the safest cities.

Baton Rouge insurance rates average approximately $2,600 and New Orleans are over $3,250 per driver.

If you or someone you love is in an accident and suffer a disabling personal injury that requires hospitalization and you to miss work, give us a call at LJB Legal.