Medical Specialist Not Required To Deny Your Long-Term Disability Claim Janet was a customer service specialist for a major corporation.  She loved her job and was good at what she did.  One day, Janet started feeling fatigued and groggy.  She thought it was a cold and would pass in a few days.  Unfortunately, Janet never started feeling better.

By this point, Janet’s fatigue was severe and she suffered from extreme morning stiffness.  Now, she did have some good days but she suffered bad days as well. 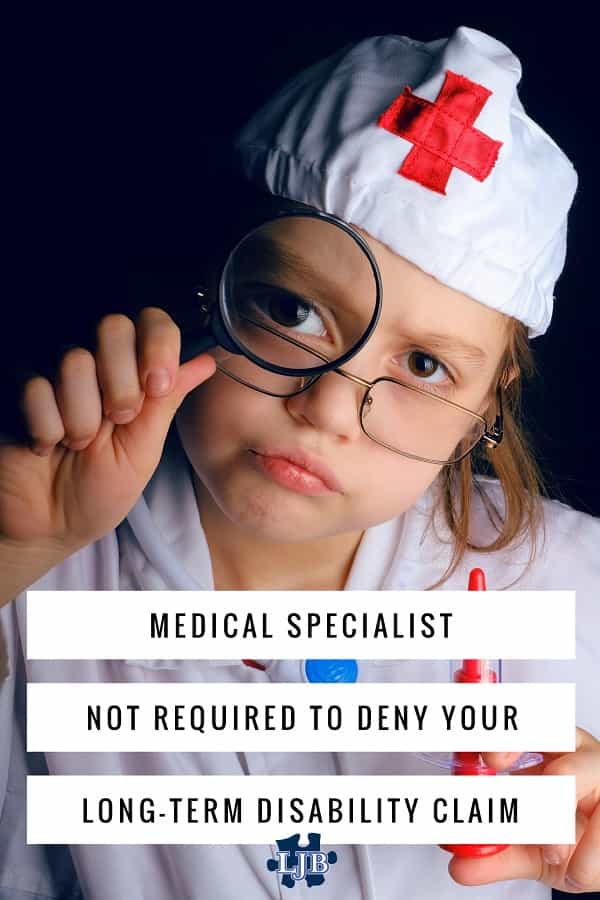 Upon receiving Janet’s disability application, the insurance company began its investigation.  The investigation included obtaining Janet’s medical records, conducting video surveillance on Janet, and having its own doctor review the records and give a decision on Janet’s ability.

In support of her claim, Janet’s board-certified rheumatologist provided a statement outlining Janet’s diagnosis, her fatigue and stiffness, and noting that Janet would experience both good days and bad days from her lupus.  The board-certified rheumatologist noted this was typical in lupus patients and that stress often caused flares of lupus.  The rheumatologist was of the opinion that Janet could not maintain full-time employment due to the stress of work and because her condition would result in absences on bad days.

One of the arguments that Janet made on her appeal was that her board-certified rheumatologist was in a better position medically to comment and opine on her diagnosis and limitations given the specialty and the board certification.

The courts disagreed with Janet’s argument.  The court stated all ERISA requires is reviewers have “appropriate training and experience in the field of medicine involved in the medical judgment” and an administrator does not abuse its discretion by selecting a reviewing physician who does not have the same specialty as the claimant’s treating physician.

Janet’s denial was upheld by the courts.

The takeaway is this: long-term disability insurance companies can use any medical reviewer of their choosing to deny your claim as long as the chosen doctor has appropriate training and experience in medicine.

This case illustrates why ERISA long-term disability claims are so difficult to prove and why having a skilled attorney who can craft a solid strategy for overturning a denial is so important!

Did you receive a denial or termination of benefits letter and are unsure of the next steps?  We will review your denial letter with no cost and no obligation and give you a detailed strategy for moving forward. 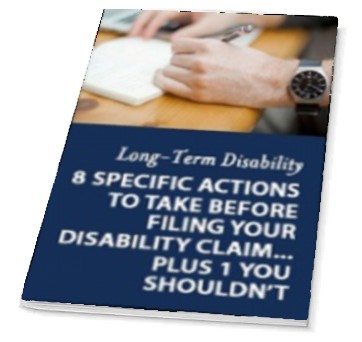 If you're preparing to file for long-term disability, we've created a checklist of "8 Specific Actions to Take Before Filing Your Long-Term Disability Claim."

All we need is your name and email address, and we'll send you the checklist right away.

Don't make a costly mistake before you've even applied!

Just click here to receive your copy of "8 Specific Actions to Take Before Filing Your Long-Term Disability Claim."