Throw Me Something Mister! -- Fighting over stuff that doesn't matter in your divorce

As Mardi Gras season comes to an end (one of my favorite times of the year by the way), the rallying cry of kids of all ages up and down New Orleans, Metairie, and Houma parade routes was “Throw Me Something Mister.”

Most of the stuff thrown by the float riders consist of cheap plastic beads, cheap light-up toys, a few stuffed animals, maybe a football or the ever coveted doubloon. And wow, do people get testy over these trinkets other people are giving away for free all up and down the route.

These parade route scrapes over easily replaced items reminded me of the fights I've seen and heard over community property in St. Charles Parish family law cases. Sometimes, people fight for stuff they don't even want – they just don’t want the other side to have it.

Not unlike the parade goers who would rather snap a long string of pearls in half than let go and let the other side put them around their neck. When push comes to shove, and you ask why it's important to get these cheap beads (or in the case of community property – the old toys, alarm clocks, dishes, etc., etc.), it becomes pretty clear that it's not really about the stuff. It's all about making sure the other person (or, the other spouse) doesn't get it.

That's right – on the parade route, they rather it go to the clean-up crew than someone else who held it.

In Luling family law cases, they'd rather it go to the Veterans group or Social Concerns than to their soon-to-be ex. 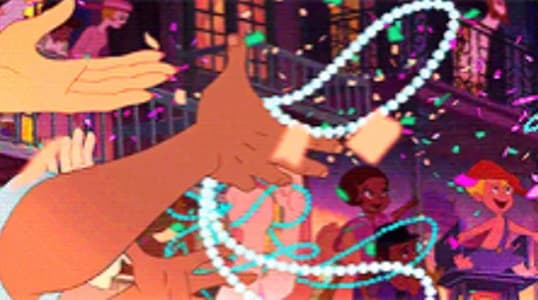 In fact, they feel so strongly about it that they're willing to pay an attorney to help get stuff they don't want. It’s not just property – people fight over things that don’t matter to them personally just to cause trouble for their spouse. Just to try to claim they won…

What I'm wondering is – have you done it yourself? Are you letting your emotions take over sometimes? If so, the first step to solving that problem is just recognizing what you're doing.

Let go of the beads or the light up toys – the other side may be new to town and never experienced this before. If not, congratulations. You're in the right place. You are doing things for the right reasons.

I personally think it's crazy to fight for stuff you don't want, need or can easily replace. While Destrehan divorce and child custody cases are tough and filled with emotion, deciding to let go can make the biggest difference – not just in your family law case, but in your life.