Medical Debt Should Not Affect Your Credit Rating

Starting this fall, the creator of the nation’s most widely used and influential credit score, FICO, will make changes to its scoring model which will not penalize people for medical debts. 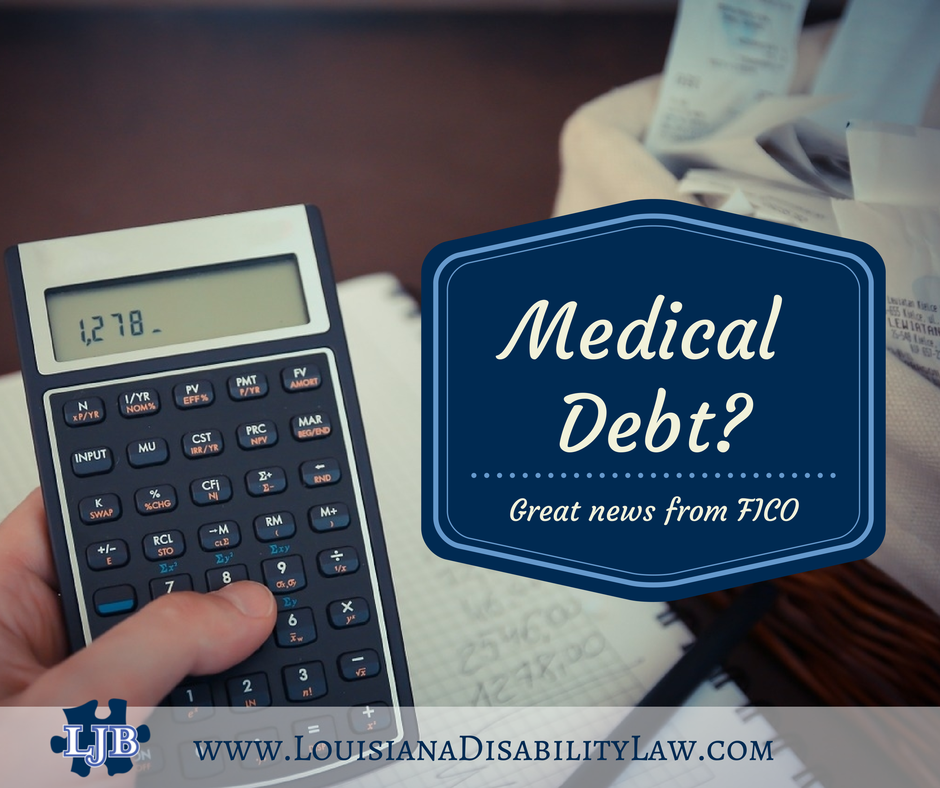 If the only unpaid debt on your credit score is medical debt, your FICO score could go up by as much as 25 points. If you also have other debt, your score may see an increase as well.

“We found that for someone where medical conditions are their only derogatory, it is not as negative as a regular unpaid collection would be,” said Anthony Sprauve, a FICO spokesman. “So, we adjusted the algorithm.”

Many consumers have paid higher interest rates or been denied loans due to unpaid medical debt or billing errors which temporarily sent them to collections.

The new model should ease those issues and is great news those saddled with large medical bills and debt due to the treatment of an injury, illness, or disabling condition